The Santa Clarita Valley has a rich history, including stories of outlaws, cowboys and indians, gold rushes, oil booms and busts, a flooding disaster of epic proportions, and participation in the glamorous early days of film. 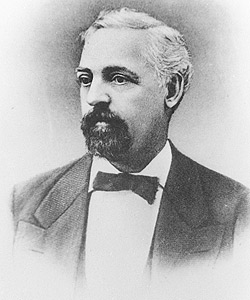 Santa Clarita got its name from the Portola expedition. The Spaniards arrived on horseback in August 1769 and named the wild river they saw for St. Clare (Santa Clara). The river was later called the "little" Santa Clara, and the valley accordingly took the name of Santa Clarita.

Henry Mayo Newhall was born in Saugus, Massachusetts in 1825. An accomplished auctioneer and businessman (real estate and railroads), Newhall purchased the Rancho San Francisco and granted a right-of-way to the Southern Pacific Company. The first tracks connecting the San Francisco area with Los Angeles were laid across his ranch. He named the station Saugus, after his birthplace and the railroad named the town site he had granted, Newhall.

First Gold Discovery:
History tells us gold was discovered at Sutter's Mill, but in actuality Jose Francisco de Gracia Lopez was responsible for the state's first gold discovery, which happened in Santa Clarita on March 9, 1842 - six years before James Marshall's discovery. Legend has it Lopez' gold was clinging to the roots of wild onions, which were found beneath the "Oak of the Golden Dream," which still resides in Placerita Canyon.
External link: Read more about the Oak of the Golden Dream >>

Oil:
In 1876 French immigrant Charles Alexander Mentry began pumping 30 barrels of oil a day from "Pico No. 4," which was the first successful oil well in the West and remains the oldest existing refinery in the world.

Filming and The Movies:
Filming in Santa Clarita began shortly after the turn of the 20th century with a variety of Western actors filming and living in Santa Clarita, including William S. Hart, Tom Mix, Harry Carey, John Wayne, and Gene Autry. Hart's home in Newhall is now a year-round museum operated by Los Angeles County, while Autry's ranch remains one of the most filmed Western movie ranches in the industry.

Below is a list of resources to further explore the rich Santa Clarita history and past events in the history of Santa Clarita, that have shaped the SCV to become what it is today: 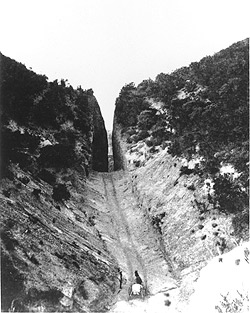 Other Santa Clarita Places of Interest: